Brian started playing beach volleyball at Chemeketa Community College while attending school. He got his first coaching tips from legendary coach Terry Mcloughlin. He went on to study at Oregon State University where he soon found the local beach courts. In 2000 he moved to California to pursue beach volleyball at the professional level. He won the Manhattan Beach Mens AAA, the Santa Cruz Mens AAA, and the Hermosa Beach Mens AAA titles and qualified into many AVP Professional events. Brian logged major upsets in the Manhattan Beach AVP Professional Tournament in 2002 and San Diego AVP Professional Tournament in 2003, in the San Diego event Brian and teammate Chris Harger beat the #2 seeded team in the nation, Canyon Ceman and Lee Legrand, this was the largest upset on the AVP Pro Tour in 10 years.

Brian continued to compete after moving back to Oregon in 2004 and continued to log in top finishes. Brian partnered with Dan Fisher to win the Mens Pro Division in the Seaside Beach Volleyball Tournament, the largest all-beach volleyball tournament in the world. In 2007 Brian won the Vancouver Open with partner Eric Adams, beating the top teams in Canada. In 2010 Brian and Partner John Moran finished 9th place in the US Open of Beach Volleyball which took place in Manhattan Beach, Ca. They upset the AVP's #5 Player in the nation that year, Billy Strickland and his partner. In 2011 Brian captured the title at the PSR Open in Seattle defeating the best teams in the NW and Canada. Brian and teammate Brad Griffith have won 4 straight Lake Tahoe Pro Tournaments, 2010, 2011, 2012, 2013.

Brian has coached volleyball at all levels and age groups from juniors to adults, but gained an insight to the game as an under-study to Dane Selznick who coached many AVP Players including Kerry Walsh and Misty May. Brian no longer competes indoor, but spent many years playing on a high-level indoor team. He has played every position in the 6-person game and understands the transition from indoor to beach and from beach back to indoor.

Brian has years of experience developing beach programs, clinics, leagues, and beach tours. He started the AVP NEXT program in California for the AVP, the NPBVA Beach Tour, and is the tournament director for the Seaside Beach Volleyball Classic. Brian has a passion for the sport and an interest for making the NW a beach volleyball powerhouse. 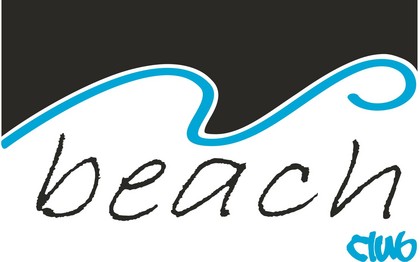